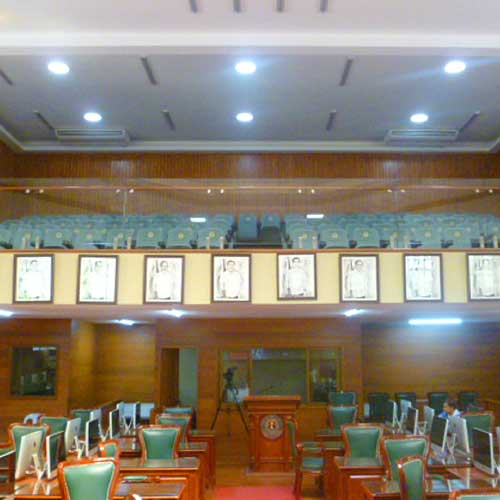 Moreno, in his speech during the launch, said he believes being seen by the public during sessions is a good thing. He urged the city council to be transparent in the discharge of their mandated duties and responsibilities.

He said the city government spent close to P3 billion to use Solar energy and install solar tubes, solar air-conditioning units and solar panels on the roof.

Though they retained the old facade ofthe session hall due to its historical value, Moreno said its entire structure was changed.

The new session hall has a huge dome with cathedral glasses that catch the sun’s rays, illuminating the session hall. Solar panels were installed on the roof to generate electricity for the entire session hall.

Moreno said this will mean lower electricity bills. The session hall's power bill alone reaches P80,000 a month, and shifting to solar power would lower the bill by 90 percent.

“lam happy. This proves that it wasn'treally bad to dream. After all, this started with just a dream, and now, we have the first solar-powered session hall in the whole country,” Moreno said.